Protests and violent demonstrations following the death of George Floyd have been torturing Portland, Oregon for 6 weeks straight. Looting has caused around $23 million in losses to local businesses. Demonstrators have been setting off fireworks in the street, lightening mattresses, throwing hammers, paintball bearings, bottles, and other dangerous objects. 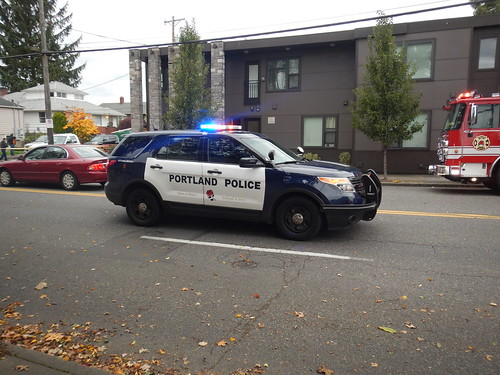 According to the Deputy Police Chief Chris Davis, violent protesters have agitator corps that cause the vandalism and chaos in the city. Portland police pledged support to the Black Lives Matters movement but it is against the violent group causing the mayhem in the city.

A snapshot of the crowd on N Lombard St on July 13-14 that remained after numerous lawful orders to disperse. Glass bottles, paint, rocks, ball bearings, and other projectiles hurled at Officers. The arrest is for a subject unlawfully directing a laser pointer in officer's eyes. pic.twitter.com/59TPx84j6B

There has been a recent increase in shooting and homicides across the city. Five homicides happened within 24 hours over last weekend. However, this violence is claimed not to be associated with the unrest in the city, as stated by the Portland Police Department.

Who is behind the unrest

Allegedly, the Pacific Northwest Youth Liberation Front, a group of anti-capitalist and anti-fascist teens, is behind the 6-week long unrest in Portland. The group uses social media to provide the protesters with tactical advice. They have about 22K followers on their twitter account through which they urge the community members to join them and provide real-time information about building barricades, the position of police, and how the protesters should protect themselves from the police.

Anyway, these two occupying armies have built evil fortresses on Chinook land and are collaborating to violently maintain the colonial regime, so get the fuck down here and let’s get them the fuck out. https://t.co/TQITunng2R

The group leaders remain anonymous. Some posts point to the fact that they are a high school or college kids. They position themselves as supporting the Black Lives Matter movement but in reality, they are supporting the mayhem. According to the Seattle Times, the goal of the group is to upend the U.S. political system and make fun of it. On Monday, the group tweeted: “The Feds and Portland Police are very quickly finding out that if they build a fortress and use literal siege tactics, the People will put their f—ing fortress under siege.”

Portland Police was banned from using tear gas by temporary federal court order unless they declare a riot. In order to keep the city somewhat under control, the riot had to be declared multiple times already including yesterday morning even before the federal officers came to help the Portland Police Department.