On Monday, Missouri Attorney General Eric Schmitt moved to dismiss charges brought by St. Louis’ top prosecutor against a couple who protected their house with guns in their hands from the protesters.

St. Louis Circuit Attorney Kim Gardner, the city’s top prosecutor, said Mark and Patricia McCloskey – both personal injury attorneys in their 60s – will be charged with felony unlawful use of a weapon following the June 28 incident.

Your future if Joe Biden wins the election. 👇🏻👇🏻 https://t.co/FwQjJhAxhx

Missouri Attorney General filed a brief seeking to dismiss Gardner’s charges against the McCloskeys on the grounds that their Second Amendment rights are being violated.

What happened in St. Louis

On Sunday, June 28, 2020, protesters were marching to St. Louis Mayor Lyda Krewson’s house through a private neighborhood. The crowd broke a gate marked with “No Trespassing” and “Private Street” signs to get onto the private street. Mark McCloskey, 63, and his 61-year-old wife, Patricia said that the protest was mainly peaceful and that they only retrieved their firearms when they spotted “multiple” people who were already armed and started threatening them.

The McCloskeys, he said, were hesitant to reveal the full story out of fear that they would “disparage the importance of Black Lives Matter.”

How the Law Enforcement reacted

“I am alarmed at the events that occurred over the weekend, where peaceful protesters were met by guns and a violent assault,” the city’s top prosecutor Gardner said. “We must protect the right to peacefully protest, and any attempt to chill it through intimidation or threat of deadly force will not be tolerated.” 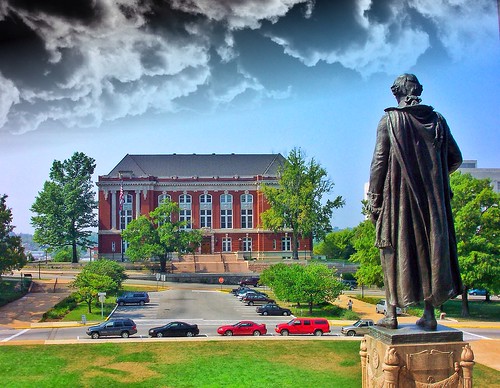 “It is illegal to wave weapons in a threatening manner — that is unlawful in the city of St. Louis,” she added on July 20, announcing the charges of felony unlawful use of a weapon.

Gardner refused to discuss Missouri’s “castle doctrine,” application on this case. It is a law that justifies deadly force for those who are defending their homes from intruders.

“The right to keep and bear arms is given the highest level of protection in our constitution and our laws, including the Castle Doctrine, which provides broad rights to Missourians who are protecting their property and lives from those who wish to do them harm,” Schmitt said in a prepared statement.

“Despite this, Circuit Attorney Gardner filed suit against the McCloskeys, who, according to published reports, were defending their property and safety. As Missouri’s Chief law enforcement officer, I won’t stand by while Missouri law is being ignored,” Schmitt said.

The brief filing says the attorney general “respectfully requests that the Court dismiss this case at the earlier possible opportunity.”

An attorney for the couple, Joel Schwartz, called the decision to charge “disheartening as I unequivocally believe no crime was committed.”