Biden: Trump Will Only Win by Stealing the Election Although Joe Biden is still leading in the polls he’s already making explanations in case he loses to Donald Trump in November. Biden believes that Trump is planning to somehow steal the election.

Back in June Biden told the host of the “Daily Show”, Trevor Noah, that “It’s my greatest concern, my single greatest concern: This president is going to steal this election. This is a guy who said all mail-in ballots are fraudulent, direct voting by mail, while he sits behind a desk in the Oval Office and writes his mail-in ballot to vote in the primary.”

Early in July, Biden declared that he would hire 600 lawyers and 10,000 volunteers to fight against election “chicanery.”

Biden: If I Lose It’s Because
Trump Stole The Election.. If you lose it's because you're a doddering old fool who can't be trusted to run a bath, let alone a country.

And again last week, Biden concluded that Trump was “going to try to indirectly steal the election by arguing that mail-in ballots don’t work. They’re not real. They’re not fair.”

Why Mail-in Voting Does Not Work

Trump objects that Democrats are using the pandemic to plan a universal mail-in voting scheme that can enable voter fraud.

Democrats undertook to force every state to adopt universal mail-in voting for the upcoming elections by hiding a provision inside the CARES Act. That provision would have waived basic security requirements such as official postmarks and witness signatures. Fortunately, Republicans managed to block these efforts.

As a reaction to that, leftist groups started filing state lawsuits across the country. Over 150 lawsuits were filed to accomplish through the courts what they couldn’t get through Congress.

According to the Democrats and their media, there is no proof mail-in elections will invite voter fraud, Trump is just making excuses for his expected loss.

Another case is the West Virginia mail carrier who pleaded guilty at the beginning July to attempted election fraud by changing ballot request forms.

The Heritage Foundation’s election expert Hans von Spakovsky recently named four elections that had been skewed using absentee ballots. He also pointed out that relying on the mail is problematic because of voter fraud and the unreliability of the U.S. Postal Service. 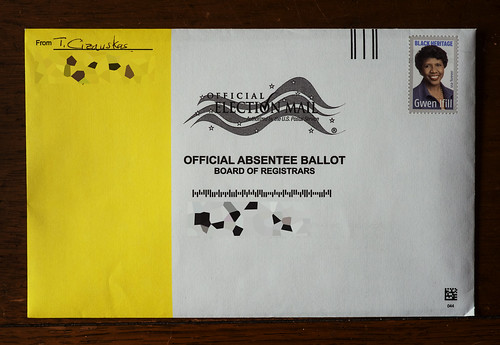 Another investigation established that more than 2 million absentee ballots were delivered to the wrong addresses by the USPS in the past four federal elections.

Why Is Biden Accusing Trump

By accusing Trump of trying to steal the November election Biden is laying the base to declare a Trump victory as illegitimate. That would throw the country into four more years of turmoil and acrimony.