During last night’s final presidential debate, Joe Biden stood on the stage in Nashville, Tennessee and made a series of statements that simply lacked truth and merit.

Biden claimed that President Trump doesn’t have a plan on healthcare, yet this simply isn’t correct; not only has the incumbent president freed Americans from the burden of Obamacare’s individual mandate, but he also is protecting private insurance plans. 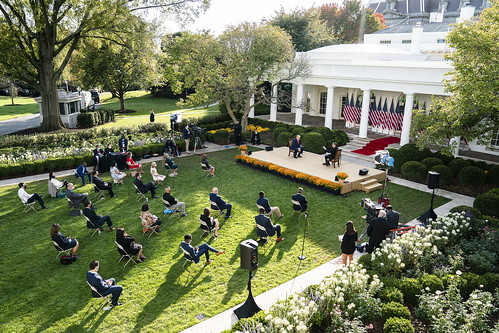 The former vice president also shared a series of additional falsehoods, but the one that landed him in the most trouble was the claim that he’s never supported a ban on fracking.

This is just not true; in fact, both Joe Biden and his vice-presidential candidate Kamala Harris, are on record affirming their support for the elimination of fracking. Even CNN held Biden accountable for this lie, per Breitbart News.

The Truth about Biden’s Stance on Fracking

During Thursday night’s debate, Trump called Biden out multiple times for his anti-fracking stance. This resulted in the former vice president lying and professing to have never supported a ban on fracking.

As the conversations continued, Trump reminded his Democrat rival of video showing both he and Harris articulating their interest in eliminating fracking. Biden responded by daring the president to post the footage on his website.

FACT CHECK: Joe Biden LIED about his comments on fracking. He’s said many times that he wants to end fracking.

CNN’s Daniel Dale: “Trump is correct, Biden did make anti-fracking comments in 2019 and 2020, and Trump was not lying.” pic.twitter.com/8lMOLomAYy

Trump stating that he would and within moments after the debate, the Trump campaign shared footage of both Biden and Harris’ on-the-record support for prohibiting fracking.

Called Out by CNN

CNN is known for being a left-leaning news network and they are far from fans of President Trump.

Nevertheless, even this outlet had to admit that Biden lied last night when stating he’s never supported a ban on fracking. The Biden campaign has not directly responded to CNN’s fact-check; however, they did send Kamala Harris out to clean up the mess Biden created last night.

Earlier this morning, while speaking to reporters, Harris claimed that Biden will not prohibit fracking. She then went on to claim that President Trump “likes to put everything out of context.” During Harris’ comments to reporters, she made no mention of her own on-the-record statements that support a fracking ban.

Why do you think Joe Biden and Kamala Harris continue to lie about their support for banning fracking? Are you surprised that CNN actually fact-checked the former vice president and admitted that he lied? Be sure to let us know your thoughts in the comments section below.