Gov. Andrew Cuomo is calling on wealthy New Yorkers to come back to the city to save it from economic ruin while resisting calls from other lawmakers to raise their taxes, which could permanently chase the top 1 percent away from the city.

New York Gov Cuomo begs wealthy New Yorkers to come back to save the city and pleads 'I'll buy you a drink!' Many fled for the Hamptons, upstate New York or Connecticut when the pandemic hit, Their exodus was cemented when riots and looting tore through the city in June pic.twitter.com/cFXc9Qmbzu

Thousands of New York City residents left Manhattan and Brooklyn earlier this year when the city became the COVID-19 epicenter of the world. Many of these people moved into their second homes in the Hamptons or upstate, while others rented or bought new properties, leaving their expensive city apartments empty.

Now, six months later with no end of COVID-19 visible, many have put down permanent roots. While New York has only just started to win its battle against the virus, the rest of the country, with more relaxed lockdown rules is experiencing a resurgence.

New York City can not yet resume its normal activity because Cuomo is scared that the second spike in COVID-19 cases will start if people travel back to NYC later in the year from more infected states and spread the virus.

On Monday, he said: ‘I literally talk to people all day long who are in their Hamptons house who also lived here, or in their Hudson Valley house or in their Connecticut weekend house, and I say, ‘You gotta come back, when are you coming back?'”

“They’re not coming back right now. And you know what else they’re thinking? If I stay there, I pay a lower income tax because they don’t pay the New York City surcharge,” Cuomo continued.

No one wants to live, visit, work, or go to school in a city that is not safe. It’s like déjà vu of the 80s and early 90s and @NYCMayor and @NYGovCuomo has allowed this to happen. https://t.co/QUMMhVkUsA

It is common for Manhattan to be empty during the month of August when temperatures between the skyscrapers soar and most people leave to Long Island’s beaches or further afield.

But the summer of 2020 is different. The city has lost much appeal thanks to the pandemic. The likelihood that people will move back in the fall is shrinking.

Increasing taxes for the 1 percent

The situation is worsened by continuous calls from some lawmakers to increase taxes on the city’s highest earners to try to cover the $30 billion deficit that was left by the pandemic.

Cuomo said he does not like the idea as it will make the already transient group of taxpayers leave forever. 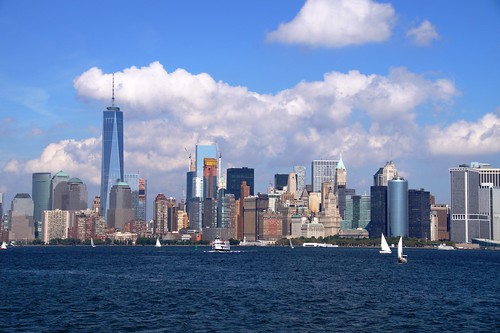 “A single percent of New York’s population pays half of the state’s taxes and they’re the most mobile people on the globe,” he shared.

Cuomo believes that the federal government needs to step in with help in the final stimulus bill soon, and has warned that unless more financial aid is provided, the country is heading to a ‘real recession’.