According to former Vice President Joe Biden, federal funds are being used to build segregationist highways based on a “federal policy”. He said that on his presidential campaign website.

@JoeBiden https://t.co/5tYZ4jEGjX
Yeah – making it easier to travel between more points is obviously a huge attempt to segregate people.
You and your fellow race baiters are doing the 'segregating".

Biden says that “impacts of climate change are not evenly distributed in our society.” He also argues that the inequity is planned because highways are being built “to enforce racial segregation.” And then he tops it off by saying that federal funds are being used to build the segregationist highways as part of “federal policy”:

What’s more, Biden says,
FEDERAL FUNDS are being used
to build SEGREGATIONIST HIGHWAYs
as a matter of
“FEDERAL POLICY”#WellDuhhhttps://t.co/wsnF9nHQYF

“Like so many crises facing the United States, the impacts of climate change are not evenly distributed in our society or our economy. Communities of color, low-income families, and indigenous communities have long suffered disproportionate and cumulative harm from air pollution, water pollution, and toxic sites. 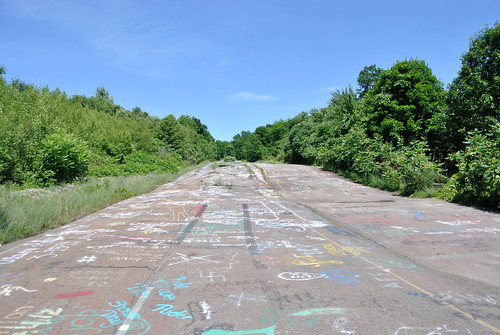 “Highways have been built to enforce racial segregation in our cities, with federal dollars and federal policy support. Coal companies have been allowed to reduce or ignore their obligations to fund retirees’ promised health care benefits and pensions. From Flint, Michigan, to the Navajo Nation, to Lowndes County, Alabama, millions of Americans have been denied access to clean, safe drinking water and even the most basic wastewater infrastructure. And although the youngest generations of Americans have contributed the least to this calamity, they stand to lose the most as they suffer from the impacts of runaway carbon pollution for decades to come.”

Biden plans to create an “environmental justice fund” to deal with the racially-inequitable impact of climate change:

The fight for environmental justice will be doe by trained “a corps and cohort” of minorities according to the Biden-Sanders plan:

“The clean energy economy must represent the diversity of America. We will invest in the education and training of underrepresented groups, including people of color, low-income Americans, women, veterans, people with disabilities, and unemployed energy workers for jobs in clean energy-related industries. Democrats will also mobilize a diverse new generation of young workers through a corps and cohort challenged to conserve our public lands; deliver new clean energy, including to low-income communities and communities of color; and address the changing climate, including through pre-apprenticeship opportunities, joint labor-management registered apprenticeships for training, and direct-hire programs that put good-paying and union jobs within reach for more Americans.”

The Democratic plan also counts on amending “the historic wrongs that have been perpetrated against Native American tribes and communities”:

“Democrats recognize the historic wrongs that have been perpetrated against Native American tribes and communities, including with respect to infrastructure permitting decisions. We commit to managing federal actions and federal undertakings in a manner that honors the trust responsibility; respects the nation-to-nation relationship and sovereignty of tribes; and protects treaty and other reserved rights, natural and cultural resources, and sacred sites of federally recognized Indian tribes.”